If you’ve played video games during the 1980s and 1990s, you can recall how their music sounded like. There was a time during the 1980s when Atari’s VCS and 2600 were extremely popular. Besides Atari’s home video game consoles, there were ColecoVision from Coleco and NES from Nintendo.

Then came Sega Mega drive, Sony PlayStation, and Super Nintendo. With the arrival of these home video game consoles began the ‘Modern Age of Video Games’.

Music in the earliest consoles

There was no music in almost all the games on the earliest Atari console. This is why there was a great deal of amazement among players when Pitfall 2 came out. Specialized chips inside the cartridge of the video game had a custom soundtrack. The experience of video game players is not all about music.

If the games are awful, having good music rarely helps. This is why the North American video game industry was on the decline in the early 1980s. It could recover only after the release of NES by Nintendo.

The Sega Master System and NES

With NES, Nintendo had a great influence in the United States market. On the other hand, the Sega Master System enjoyed great popularity in the United Kingdom. Many considered Sega as a better machine with much more attractive games. In its early years, Sega had a lot of sub-quality titles owing to a lack of third-party support.

NES had an amazing soundtrack, which was instrumental in impressing its players. Some of its famous games were Contra, Batman, Castlevania, and Teenage Mutant Hero Turtles. They featured the memorable chiptunes, which pointed out to the fact that Sega was in no way superior.

The advent of improved games and sound hardware

The games were beginning to get better by the time of Mega Drive’s release. This was Sega’s 16-bit fourth-generation home video game console. Nintendo’s next machine had superior hardware compared to Mega Drive. These next-generation video game consoles had improved sound capabilities, which made the games more enjoyable. It wasn’t just sound but also the graphics that were improved in these consoles.

Sony PlayStation and Sega Mega CD had music tracks added to compact disk or CD along with the game. With this enhancement, video games no longer felt like toys for children. Finally, they got some real music rather than the chiptunes that the synthesizer chips produced earlier. The tracks from the band Orbital & Chemical Brothers featured in the game Wipeout.

Tony Hawks Pro Skater and other such games had music from the famous bands. Music in these video games had real instruments and vocals. It contributed towards creating an immersive experience while playing these games. The game developers began creating games with music that had the ability to invoke real emotions. As a result, many high-end games were released, such as Final Fantasy 7 and Resident Evil.

Skywind, a popular online game developer, was greatly inspired by the excellent soundtrack of Resident Evil. The company managed to create a version of the game for slot machines. It went on to become one of the best casino games. The major highlights of the game was a mix of creepy music and thrilling crescendos during winning moments. 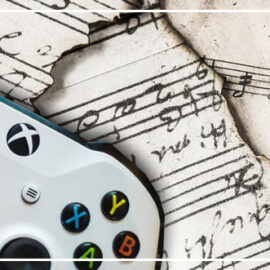 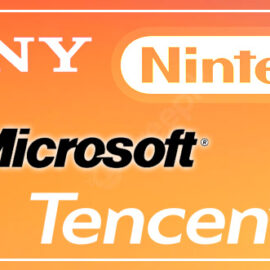 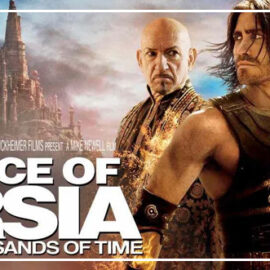